"Joseph from Arimathea was one of Jesus' disciples. He had kept it secret though, because he was afraid of the Jewish leaders. But now he asked Pilate to let him have Jesus' body. Pilate gave him permission, and Joseph took it down from the cross.

Nicodemus also came with about seventy-five pounds of spices made from myrrh and aloes. This was the same Nicodemus who had visited Jesus one night. The two men wrapped the body in a linen cloth, together with the spices, which was how the Jewish people buried their dead."

The love, respect, and reverence these two men held for Jesus, their Lord and their Savior, was unbelievable. So must have been their wealth. Joseph provided a tomb. (If anyone has had to plan a funeral recently you know that was a large contribution.) Nicodemus also spent with abandon bringing aloes and myrrh. In their sorrow and in keeping with the customs these men offered costly and priceless worship to their King.

From the Scripture we learn that Jewish people typically wrapped their dead in linen with spices for burial. It would be most surprising if they ordinarily used aloes and myrrh, but here it is explicitly spelled out. Aloes (commonly known as sandalwood today) and myrrh are and were, even then, extrememly expensive spices. In today's market the 75 pounds of aloes and myrrh were sell for $150,000-$200,000. That's the price of a home for many today.

Jesus death was the most lavish gift He could have ever given for any of us. That the Son of God -- Perfect Man -- was willing at all to die for you and me with all of our shortcomings, faults, and YES -- SIN! is totally amazing. How lavish is your love for Him? How lavish is mine?

Tomorrow morning we celebrate His Resurrection once again! The empty tomb! Freedom from sin and Eternal Salvation for all who choose Him as Lord and Savior. Worship Him with abandon!!! Sing and dance and in total love, adoration and thanksgiving for the Risen Jesus Christ!
Posted by Lynn at Saturday, April 11, 2009

I was looking for the price of the mrryh and aloes. Thanks for providing me the fact. Just wonder where did you get the figures from?

I am an Independent Distributor of a line of high quality essential oils. I had to do the math, but was able to figure it out from our prices for what the approximate price would be today. Some of the prices have risen a good bit since this post; so, the total would have grown as well.

I was looking for the same thing! Thank you for this!!! Nicodemus understood Jesus was the King! So excited!

Thanks for Dropping In!


Relaxation and Well Being are served here. . . We're all looking for that place of Inner Peace, and the feeling of being truly ALIVE! True Inner Peace and Life come to me from only One Person I know -- Jesus Christ. Here you'll find some of my journey with Him.

You'll also find product ideas, the blessings of reflexology, and other suggestions for peace of mind, relaxation, and the well-being of yourself and your family.

Share your comments . . .visit often. May you be blessed with Peace & Love today.

Follow Along on Our Journey of Wellness for Body, Mind, & Spirit

We are futher Honored by Your Decision to Subscribe 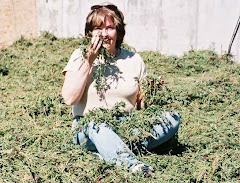 Playing in the fresh cut hyssop at the Young Living Farm